The most important 6 Rules of Learning Tajweed Online 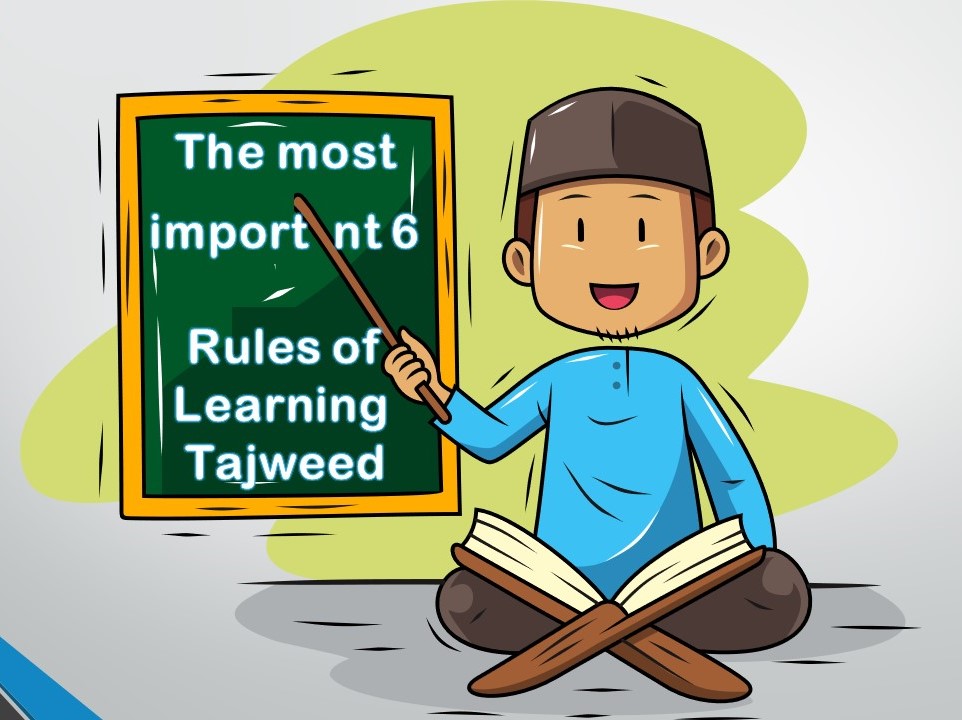 Tajweed linguistically derives from the goodness of a thing, tajweed, meaning to do something good, or improving, where it is said that something is good, i.e. its good, and it becomes good. It is worth it, and to recite in an elaborate manner free from poor pronunciation.

It is worth noting that God Almighty has commanded the recitation of the Noble Qur’an, as the Almighty said: {And recite the Qur’an with recitation}, and when Ali bin Abi Talib was asked – may God be pleased with him – about the meaning of recitation in the verse The generous said: “Intonation: intonation of letters and knowledge of standing.” This article will discuss the Rules of Learning Tajweed Online

Rules of learning Tajweed for beginners

The rulings on Tajweed are divided into many types, and their explanation is as follows:

The evidence is the saying of the Most High: (So when you recite the Qur’an, seek refuge with God from the accursed Satan). As the basmalah; it is saying “In the name of God, the Most Gracious, the Most Merciful.” It must be read by Imam Hafs at the beginning of every surah except for Surat al-Tawbah.

the noon نون ساكنة   (consonant) or tanween in the case of nominative, accusative, and preposition has four rulings, which are as follows:

is defined in language: as the insertion of a thing into a thing. An aggravated letter like the second, and the tongue rises when it is brought up by one, and the nun static or tanween is mixed in if one of the following letters falls after it: ya, ra, mim, lam, waw, and nun. Complete, God – the Most High – said in Surat Al-Baqarah: (or as a part of it).

You can see our lesson here

The manifestation is defined linguistically as the statement, and what is technically meant is the manifestation of the nun consonant or tanween at one of the throat letters that come after the nun consonant or tanween, and the vowels are six: the hamza, the ha’, the eye, the ha’, the ghain, and the kha’. They are called the halaq letters, so the nun sakina or the tanween are pronounced without a chant while showing the letter that follows them independently of them.

Ikhfaa linguistically: to conceal, but idiomatically: it is the pronunciation of an unstressed consonant, and it is an adjective between manifestation and dwarfism, with the chant remaining in the first letter by two movements, and its letters are: s’ad, thaal, tha’a, jim, shin, and qaf. And the sein, the kaf, the dad, the za’, the zai, the ta’, the signifier, the ta’, the fa’, and the example of which is the Almighty’s saying: (عن صلاتهم).

The  Saakin meme (static) has three rulings, which are as follows:

The aggravated meme and nun are obligatory in the case of wasl and endowment, and whether it occurs in the middle or at the end of a word, and the extent of the meme is two movements.

You can get free lesson here

Rulings of immersion: It is the insertion of a consonant letter with a vowel after it, by deleting the consonant and emphasizing the vowel, and it is divided into three types, which are as follows:

You can read more about: Best Ways To Teach your kids Quran | Get to know 8

Rulings and characteristics of the letters’ makhraj: the number of letter makhrajat is seventeen, and the origins of the mukharij

are traced back to five main makhrajat, which are: the hollow, the throat, the tongue, the lips, and the gills. These are: whispering, loudness, softness, intensity, between looseness and severity, arrogance, superiority, openness, occlusion, whispering, deafness, whistling, turbulence, elongation, softness, elongation, deviation, pervasiveness, and repetition.

The Rules of endowment and initiation are divided into two parts, and they are as follows:

you can read more about: How to learn Quran online from home?| best 4 steps

The scholars of Tajweed went to the fact that the ruling on learning the rules of Tajweed is an obligation of sufficiency; That is, if someone performs it enough, the sin will fall on the rest.

As for the rule of applying its Rules while reading the Qur’an, it is an individual obligation, and for this reason Imam Ibn Al-Jazari, may God have mercy on him, says: And there is no dispute about it that the Islamic nation is required to understand the meanings of the Noble Qur’an, reflect on its verses, and establish the limits that it imposed.

It is also called upon to correct the pronunciation of the letters of the Qur’an and to establish them in the form transmitted to us through the imams of the readings connected to the Prophet, may God bless him and grant him peace, in the eloquent Arabic language, which is not permissible to contradict, nor to deviate from it to something else. He reads it without pretense or arbitrariness, and it is easy and kind to read.